After asking Ashley about her thoughts on Ahsoka’s fate and her work on the Star Wars: Ahsoka audiobook, Ms Tracey asked the actress if we’ll ever see Ahsoka follow in Saw Gerrera’s footsteps and cross over to live-action:

“Yeah, I think there’s always a chance. I think it’s such an exciting time because all the stories are connected now, so truly whether it’s animation or live-action film or the books, it’s like you can connect the dots from one to the other. So I hope we continue to see the characters cross over to live-action. And of course, if Ahsoka were to cross over, that would be so exciting.”

And when she was asked what timeline a hypothetical live-action Ahsoka film could take place in and what its potential plotline could be, she replied:

“Oh goodness! Well, there are so many! I mean, if she lives, the future, what she does in the future. But then there’s also the past, like Order 66, when Anakin gave Ahsoka and Rex her own troop to go on the mission, what Dave [Filoni] unveiled at Celebration. There’s so many stories that could be told. I would just be grateful if she got any sort of thing in live-action, but yeah, I think there’s a lot there that’s still left to tell.” 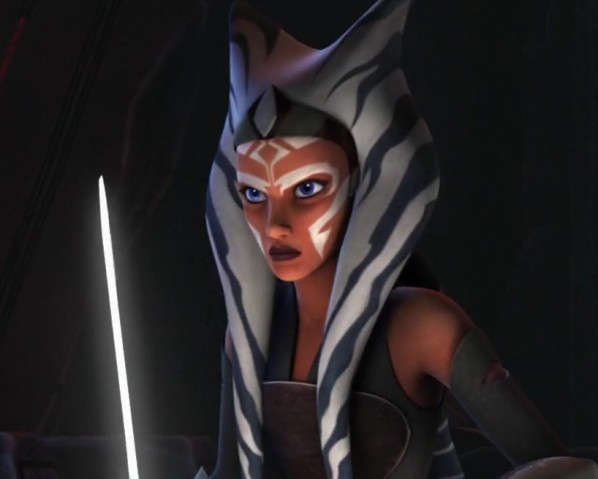 Will we ever see Ahsoka Tano in a live-action film? Ashley Eckstein thinks there’s certainly a chance it could happen.

As a fan, I’d be thrilled if the Siege of Mandalore was made into a live-action (or animated) feature film, especially as we only got tiny glimpses of it in the Ahsoka novel. Only time will tell if this dream will become a reality…

Want to know more? You can read the full interview over on OuterPlaces.Com.

Thank you to @BoxerlessBossk for sending the link my way!